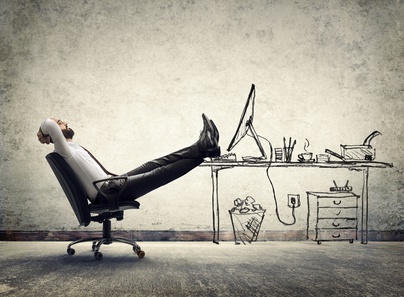 “Bojack Horseman” is a Netflix original series that follows the modern life of an anthropomorphized horse who was on a hit 90’s sitcom. Now, he’s struggling to remain relevant and fight the punchline that he’s become. Throughout the first season, he tries to finish an autobiography while hunting for work and trying to become a modern celebrity. During the second season, he experiences new-found fame after the autobiography has become a hit.

So, what does a fictional horse have to teach anyone about business? While he probably wouldn’t have the best advice for direct business questions, the way that he leads his life helps impart valuable business lessons to the careful observer.

In almost every industry, your business is only as good as its last product or innovation. This applies to the careers of fictional celebrities as well as businesses of all sizes. Bojack learned this lesson the hard way when he failed to keep his career going after his show ended. Instead of parlaying his fame into a movie career or into another show, he partied, drank and ended up a lone Horseman.

Your business needs to keep doing what makes it profitable and relevant in your industry.You must keep pushing to build a better product, streamline your services and improve the value you provide to your business.

Don’t be afraid to tell your story

Telling current and potential customers the story of you, your business and your staff helps foster a meaningful connection that can lead to success. Mr. Horseman illustrates the value of storytelling after he allowed Diane Nguyen, a ghostwriter who had been interviewing him, to finally publish the book she wrote. It contained some pretty intimate details that embarrassed Bojack at first. However, he allowed the book to be released. It was a hit. People connected with the personal stories of a celebrity they grew up with.

Your business probably shouldn’t release an autobiography, but integrating your brand’s story with your marketing message might help gain new customers. People will be more open to connecting with brands that have a meaningful backstory and powerful mission for the future.

Perhaps one of the biggest mistakes that all types of businesses make is taking themselves too seriously. Instead of acting like Mr. Professional, try acting like Mr. Bojack. He is no stranger to tossing back a few drinks and get loose. He’ll party, dance and make terrible decisions.

You can follow the core of that lifestyle, but alter the results. Be willing to crack jokes in your marketing campaigns, on your website and social media profiles. Make fun of your own brand and have a general light hearted message. People will certainly be more likely to remember your business with a looser, more personable message.

Bojack failed to write a single word for his autobiography during the course of 1.5 years. However, the task still needed to be done. His publisher suggested meeting with a ghost writer to take on the book. While Bojack was initially resistant, he ended up with a well written book that propelled him back into the public eye.

Outsourcing, which was once a dirty word, has become a common part of any modern business. There’s no reason to have every function in your organization be carried out by in house staffers. Instead, you can hire IT support, accounting and legal services (to name a few) on an as-needed basis. You’ll save money and benefit from specialized services.

Bojack Horseman got into acting because he was inspired by the racing legend Secretariat. Since both of them were horses, Bojack turned to Secretariat as a male role model to lean on while his parents dragged him through their failing marriage. As he got into acting, he dreamed of being Secretariat in the inevitable bio pic about his life. After a failed try to film the movie in the late 90’s, he finally got his chance to live his dream after his auto biography was a hit.

Bojack never abandoned his dream, his vision, and neither should your business. It’s inevitable that you’ll experience highs and lows, profits and losses.  Sticking to your core vision will keep you focused and looking at the bigger picture.

Let Bojack Be Your Guide

Bojack Horseman has taught the world so many lessons in his heartwarming 90’s sitcom. Yet, most of his business lessons come from how he chose to live after that.

Thank you for subscribing.

we respect your privacy and take protecting it seriously